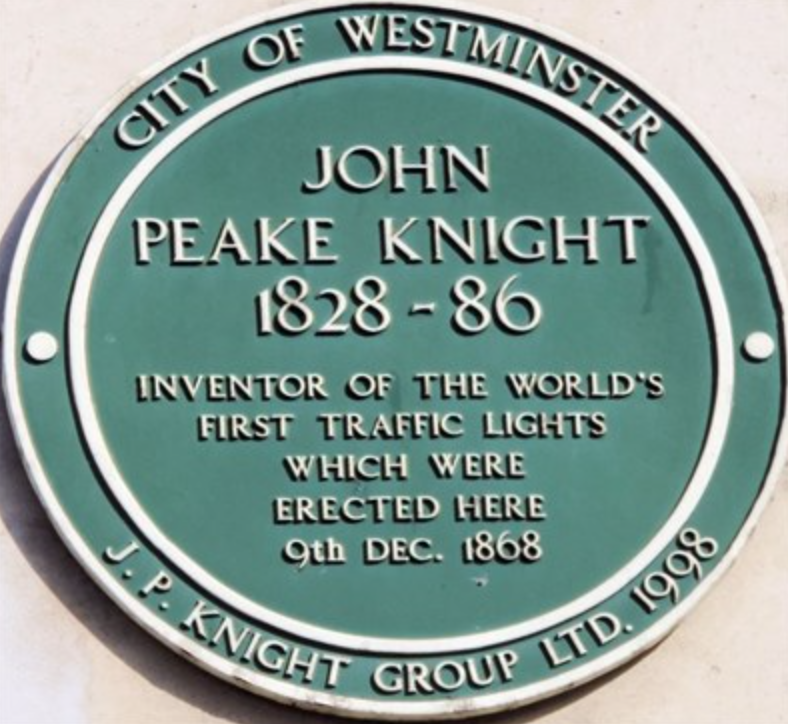 December 9, 1868: the first traffic light in the U.K. was installed outside the Houses of Parliament in London. It controlled traffic at the intersection of  Bridge Street, Great George Street, and Parliament Street.

It used gas lamps, not electric lights and was manually operated, not automatic. A police constable used a lever at the base of the light pole to switch the red and green lamps.

The light was invented by railway engineer John Peake Knight and constructed by the railway signal engineers Saxby & Farmer. It was more like railway signals — with semaphore arms — than traffic lights as we know them today.

Although successful at controlling traffic, its life was brief. It exploded on January 2, 1869 due to a leak in a gas line under the sidewalk. The explosion seriously injured the constable who was operating the light,

The idea of traffic lights ended up being on hold until electric lights became available.