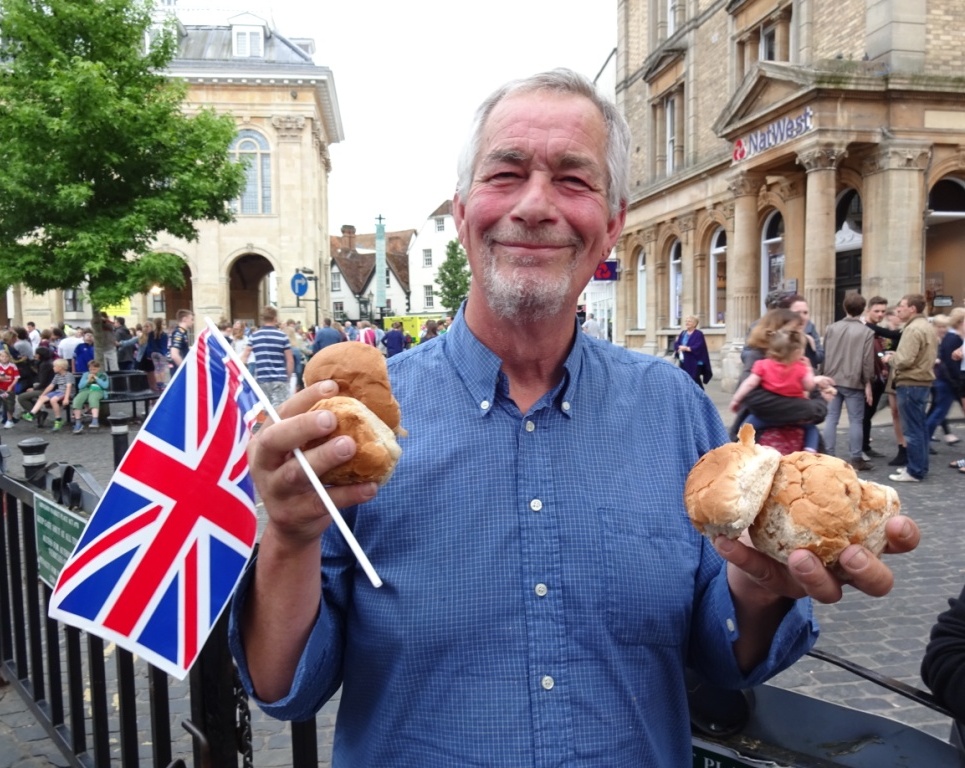 Check out my video on BBC South Today news. It shows some of yesterday’s ‘Bun Throwing’ in Abingdon to celebrate the Queen’s 90th Birthday: https://t.co/pTVqVJoMZJ starting at the 4 minute 35 second mark; after that link has expired, go here: https://www.youtube.com/watch?v=_PChAMbljE8].

We read on your blog that you have “attended each Bun Throwing in Abingdon in my lifetime, a total of 14 since 1981. The first event was held to celebrate the coronation of King George III in 1761.”

As we understand it, this is a 255-year old tradition that takes place to mark royal events. Starting at 7:00 p.m., 4,500 currant buns are thrown by the Mayor of Abingdon from the top of County Hall to thousands of people standing below in Market Place.

How can we find out when the next bun throwings will take place? We would like to have them on our Events Calendar.