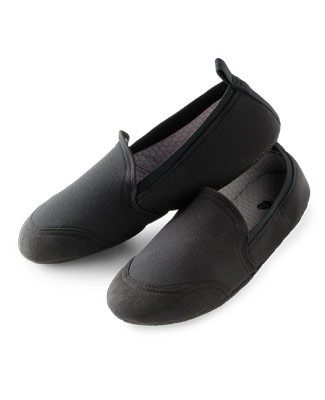 Dull Men love slippers. Slippers are a safe bet to give a Dull Man.

•  Easy to put on and take off

Slippers can be found is all clothing and department stores. And online:

Slippers are appreciated not only by dull men; the glitz-and-glam folks like them too:

Dorothy in The Wizard of Oz:

The title of an article about Iggy in The Times (London) was “I’ve got a lust for . . . slippers.” After reading the article, we get the feeling he might actually be one of us . . . not only does he lust for slippers:

•   He likes to potter — walks around the garden, smells the flowers, listens to the waterfall, watches the clouds

Examples of slippers not to give dull men:

Earlier this year, during a spring that was colder than normal, there was an article in BBC News “Late spring: 10 consequences of the late spring.” One of the ten consequences was a surge in slipper sales.

Slippers have been the “standout performers” in footwear over the last few months, according to the British Retail Consortium. “The late spring has definitely fueled this demand,” a spokeswoman said. “Slippers are a cheaper alternative to turning the heating up given how much energy prices have gone up.”