Did you know in Rome there was a Goddess of Hinges — Cardea? 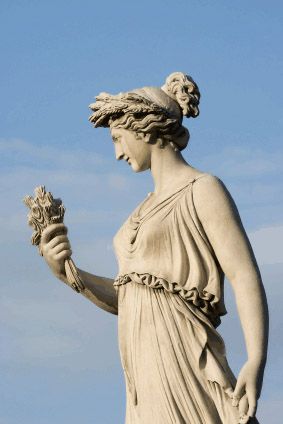 Cardea holding a fistful of hinges

Cardea was the ancient Roman goddess of health, thresholds, door handles, and hinges. Her name comes from cardo, meaning door-pivot. She protected children against vampires and witches, and was also the benefactress of craftsmen.

According to Ovid, “her power is to open what is shut; to shut what is open.”

Here’s where we read about Cardea: “Have Separation Anxiety? Try Holding a Hinge” by Lauren DePino in The New York Times May 29, 2020

Hinges were worshiped in England even earlier than in Rome — Stonehinge:

Alexander Graham Bell — spoke about a vital use of hinges:

Norman Lear — his successes hinged on two words — “Over” and “Next” — “with some hammock time in between.” The end  result is the same as Bell’s.

Hinges in Los Angeles
The article mentioned above by Lauren DePino talks about Liz’s Antique Hardware in Los Angeles. If you happen to be in that area, you may want to pop in and look at all the hinges. Take photos. Email them to us: contactus@dullmen.com. We’ll post them along with your comments.