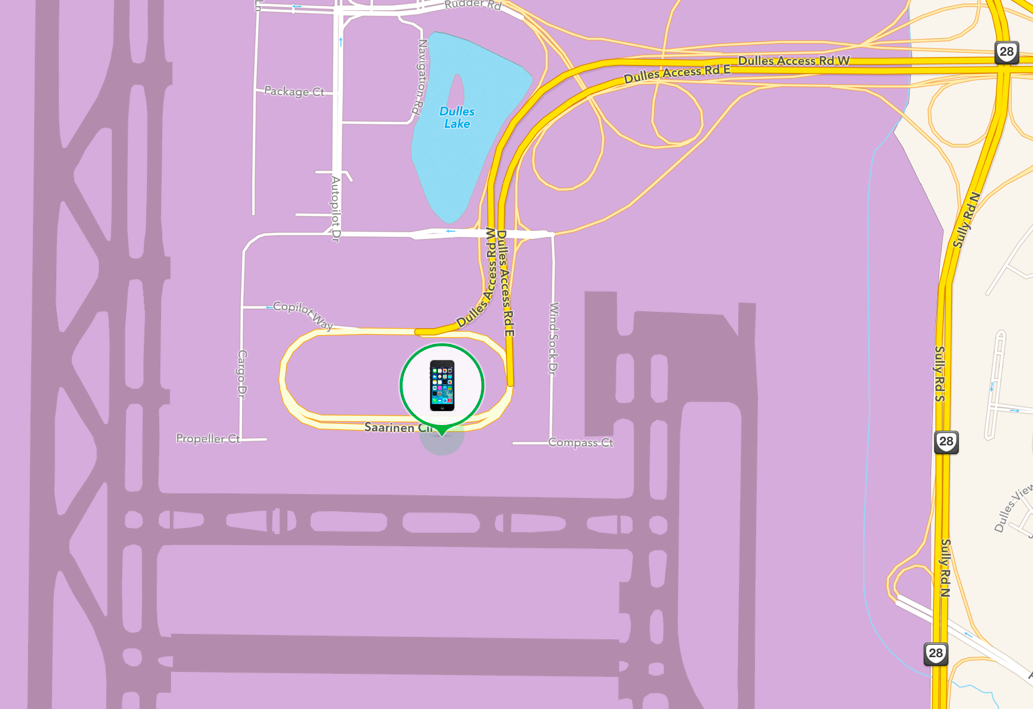 Thanks to Apple’s “Find My Phone” app and the helpful staff at United Airlines, an iPhone I thought I’d never see again is now back in my hands.

During a stopover at Dulles Airport recently when traveling from London to Denver, I charged my iPhone in at a United Club. When I left the club, I forgot it.

I realized I had done this when the plane was about to take off to Denver and the flight attendant announced to switch off cell phones. I reached for my phone in the pocket I normally keep it. The pocket was empty.

The next day I used Find My Phone. I saw that the phone was no longer out in the United Club out on the concourse where I had left it.

It was in the baggage area in the airport’s terminal, which is where United’s Lost Article Department is located.

I phoned United. Sure enough, that’s where it was.

The attendant at Lost Articles put it in a FedEx box and sent it to me where I was in  Chappell, Nebraska (DMC’s Back Office).

Before packing the phone, he charged it and left it turned on. I would be able to track it as it traveled across America.

Satellite view of it in Memphis:

Then on to Caspar, Wyoming and then Scottsbluff, Nebraska’s Western Nebraska Regional Airport:

From Scottsbluff, the rest of the journey is by truck.

Here’s the truck with my phone stopping in Sidney — making a drop off at Cabela’s headquarters:

Then on east to Lodgepole. Now it’s only nine miles away, the excitement is mounting:

The truck is in Chappell now — first a drop off at the Deuel County Court House — close to where I’m waiting — the two green dots towards the upper left in the picture are my other iPhone and iPad being picked up by Find My Phone:

Here’s comes the truck — pulling up across the street.

The tracker greeting the tracked:

Happiness is the return of something you’d lost: