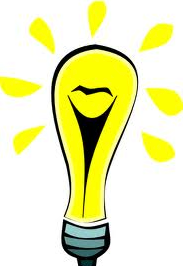 Dear DMC, I’m writing to you from my office at appliancesonline.co.uk where I’m sitting with some of the Dull Men [but don’t tell them called them that] I work with. We’ve just spent fifteen minutes having a good laugh at your website [exclamation mark removed]

One of our training tasks for new recruits is for them to come up with jokes. Here are some of our favourites, hope you like them:

An Englishman, Irishman and a Scotsman all walk into a bar.

The barman says, “What is this? Some kind of joke?”

The maître d says “I’m sorry, we have a dress code here, you can’t come in without a Thai”

How do you throw a party in Outer Space?

Two vampire bats in a graveyard at midnight. One says, “I’m pretty hungry.” The other says, “It’s really late. You won’t get a meal at this time [exclamation mark removed]”

The bat flies off into the pitch black night. Five minutes later he’s back with a mouth full of blood.

“Cripes [exclamation mark removed] Where did you get all that from so soon?” asks the second bat.

The first one replies “Well, you see over there at the end of the graveyard that big oak tree.”

This is our latest favourite: