Ever wondered who invented the Eye Chart? 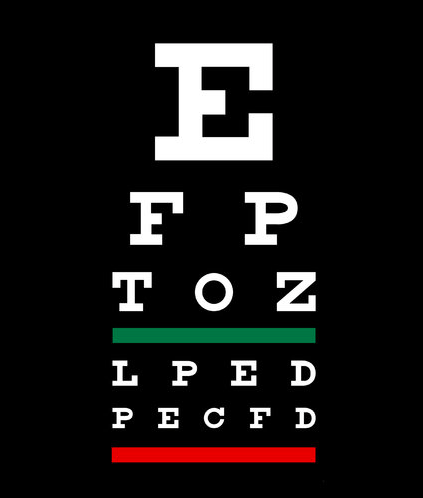 Now we know, thanks to a recent article “Who Made That Eye Chart?” in The New York Times and to Lenore Rosenerg for forwarding the article to us:

•  Before the eye chart, choosing eyeglasses was done by self diagnosis. Speculative picking of spectacles.

•  Some sellers would categorize spectacles by wearers’ ages since vision worsens for most people as they get older. Age categories were scratched into the lenses.

•  Dr. Franciscus Donders in the Netherlands came up with a way of diagnosing vision failings. He would have patneits look at a chard on a wall and describe what they saw. He was too busy to make charts himself so he asked his colleague, Herman Snellen, to do it.

• Snellen first used dingbats — squares, circle, plus signes, etc. — on the charts. Then he realized letters made more sense, easier to identiy and describe.

•  The chart was an instant hit and spread all across Europe

•  The first big order came from the British Army; they astutely realized that good vision helps when firing guns.

•  More copies of the Snellen Chart have been sold in the United States than any other poster.