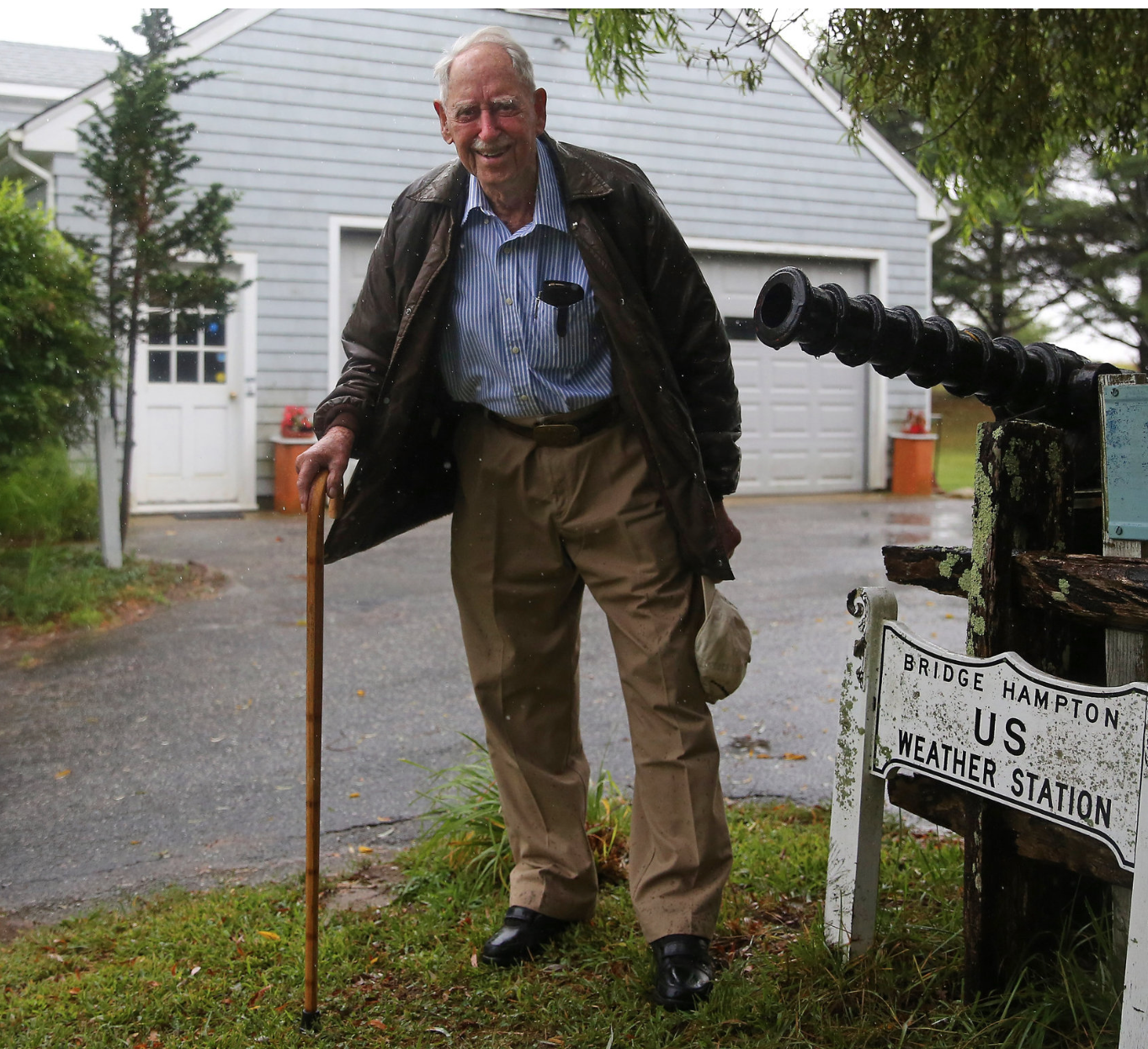 He was a poultry and dairy farmer who recorded weather from a small weather station on his property in Bridgehampton, NY — South Fork of Long Island.

Looking out at the Atlantic during a storm in the 1930s

He  was a weather watcher in the Cooperative Observer Program, now the National Weather Service — a network of 8,700 volunteers who record and report temperatures, wind speeds/directions, rainfalls, and snowfalls from all across the country.

These weather enthusiasts are following footsteps of Benjamin Franklin, who predicted weather in “Poor Richard’s Almanack”, and Thomas Jefferson, who maintained meticulous records of weather.

Mr. Hendrickson recorded weather twice a day starting when he was 17. He told the Associated Press, “I’ve been a farmer all my life. You don’t cut hay today and let it dry in the field if you know it’s gong to rain tomorrow.”

Read more in the New York Times “Richard G. Hendrickson, Who Recorded the Weather for 85 Years, Dies at 103“.

We dull men like to watch weather forecasts and following up:

Some of us belong to the International Weather Club, a Facebook group: