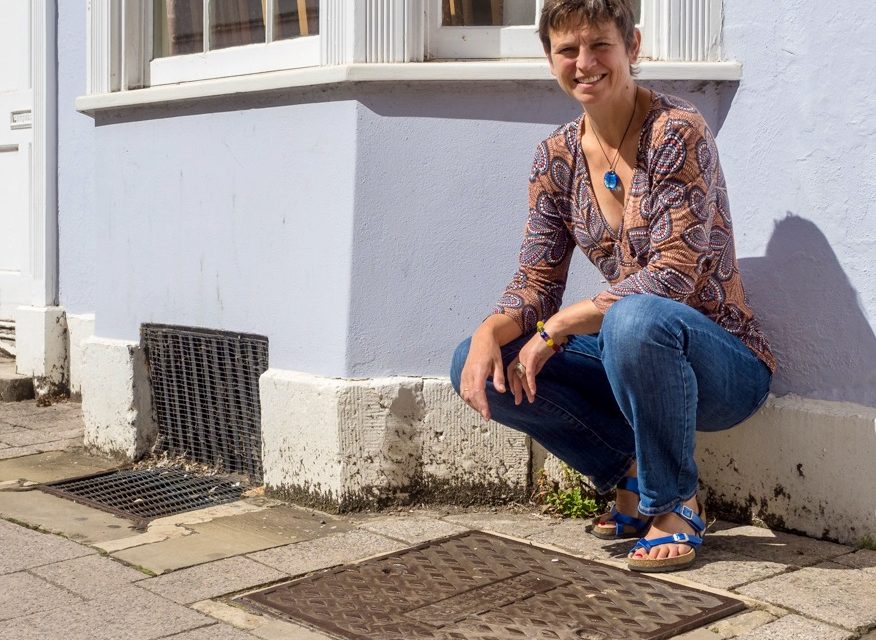 The pandemic led to Liz, a local , discovering a new interest. “During lockdown, I walked around Oxford more than usual, enjoying the deserted streets in the sunshine. The city looked beautiful. When giving tours, I normally encourage people to look up at buildings, but I found myself looking down and noticing manhole covers. Once you’ve noticed one, you’ll notice another, and then dozens more.”

“They’re a beautiful marrying of form and function, their non-slip surfaces provided by ornamental patterns and raised lettering.”

“I started to wonder how much of Oxford’s history could be revealed by these largely unnoticed but often beautifully- and ingeniously-designed structures. At first, I was mainly interested in those with writing on them, in particular the names of local companies. The foundries Lucy & Co and Dean & Son feature prominently, not just on elegantly-lettered manhole covers but on all sorts of ironwork, including lamp posts and railings. I was thrilled to find one inspection cover bearing the name of building firm ‘T.H. Kingerlee’, and another with ‘Benfield & Loxley’. I won’t reveal their locations, for fear of prompting a rush of manhole-spotters which might disturb local residents.”

“I also began to think about the enormous complex of pipes, channels and wires under our feet. Most of us walk over it every day without giving it a second thought.”

Much of that underground network was established in the 19th century when local councils began installing public services. Gas lighting was introduced to Oxford in 1819. Clean water and a sewer system came next, in response to health concerns following cholera outbreaks in the 1840s and 1850s. Telephone lines in 1877. In 1892, the Oxford Electric Company switched on its current. This caused quite a stir: five street lamps and eleven buildings lit up.

Liz found she’s not alone. “If you look online, you’ll find that many people are ‘gridders’; there’s even an International Manhole Cover Museum in Italy.”

Liz plans to do more research into manhole covers and their part in Oxford’s development as a city. “If readers know of particularly interesting examples, I’d be delighted to hear from them (www.lizwoolley.co.uk). Then maybe we can put together a touring exhibition. Or how about a Museum of Oxford Manhole Covers, virtual or perhaps even bricks and mortar? Now there’s an idea.”