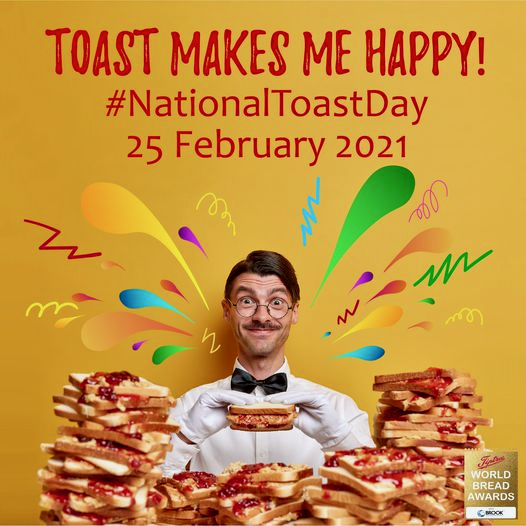 National Toast Day was created in 2014 at the Tiptree World Bread Awards in the U.K. It has since spread to the U.S. and elsewhere around the world. People everywhere now celebrate this humble holiday dedicated to toasted bread.

David Robertson, member of our FB Group, posted that there are some absolutely riveting facts about toast on this page: https://www.holidayscalendar.com/event/national-toast-day/:

• Approximately 75 million Americans are believed to eat toast every day.

• The first electric toaster was invented back in 1905. This toaster was called El Tosto.

• The first automatic toaster was invented in 1926. It was called the Toastmaster One-A-One.

• The word toast comes from the “Tostare” a Latin word that unsurprisingly means “To Toast.”