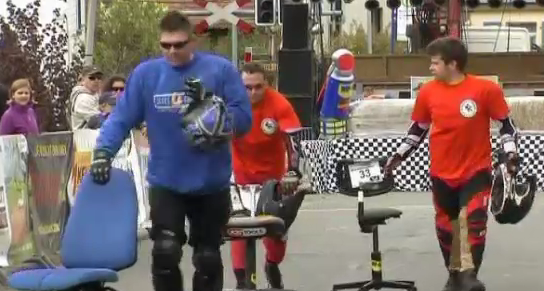 Office chair racing in Germany — not as dull as it sounds:

That’s right, the way they are going about it does not appear to be dull. Helmets, gloves, shirts and pants that appear to be for bike racing.

But at least it’s racing something that’s rather ordinary. Unlike racing souped up Formula 1 racing cars or well-bred, fed, and groomed horses.