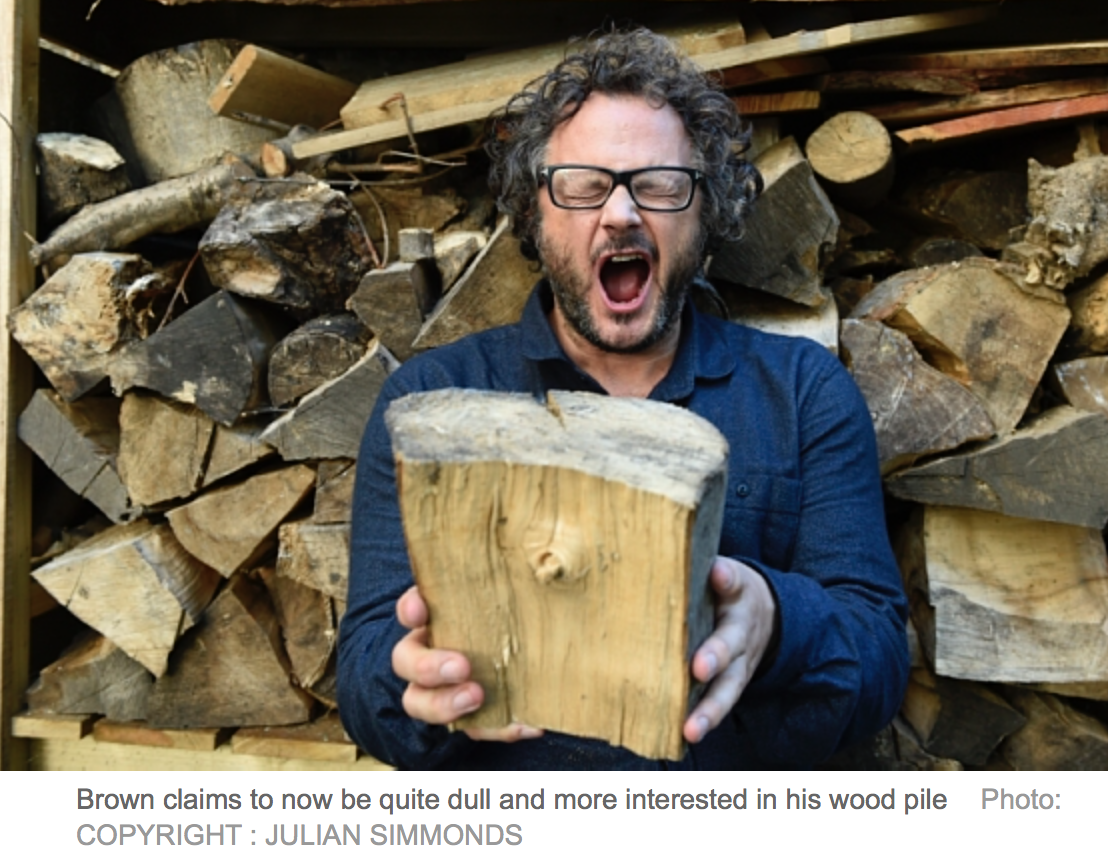 ‘Help, I’m having a ‘mild-life’ crisis‘ by James Brown in the Telegraph.

‘I spend so much time in my home and garden that I’m resting and nesting where once I was rocking and rolling’, Brown says. ‘I can’t remember the last time I went out for a night and ended up drunk in a different country. Shackled by parental responsibility, all spontaneity and danger have been packed away somewhere with my Beastie Boys albums and old Loaded magazines.’

One of the comments on this article: ‘On some deep level, we all crave normality, order, stability, domesticity’.

‘The nearest I come to a hobby is a fascination with logs, woodpiles and wood splitting’, James says.

He has not just one stack of wood, he has two, a city stack and a country stack.

He wonders whether he should invite people over to watch his logs dry or whether it’s a solo activity, albeit a rewarding one.

We in the DMC are interested in stacking wood. It’s a fine form of safe excitement.

It’s not without controversy, however. Although dull men usually like to avoid controversy, we find the one controversy in Norway to be quite fascinating — ‘bark up or bark down?’:

https://www.dullmen.com/new/noway-is-becoming-a-divided-nation/
We understand that, even though there are debates about which way bark should face, the one thing that does not divide Norwegians is their love of discussing wood.