Rod Stewart, Model Railroader — one of our Dull Men of the Year 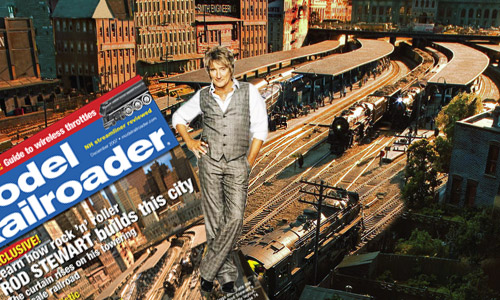 Rod Stewart is not only in the Rock and Roll Hall of Fame (inducted in 1994), he’s also been on on the cover of Model Railroader magazine.

His model train layout, 1,500 square feet, takes up most of the third floor of his Beverly Hills mansion. It has more than 100 buildings, some over five feet tall.

“I pity a man who doesn’t have a hobby like this one — it’s just the most supreme relaxation,” Stewart said. “Every person should have one hobby that really captures his interest.”

Here’s Stewart being interviewed about his hobby on the Jimmy Kimmel show: http://www.youtube.com/embed/BOvnhiFxRjA