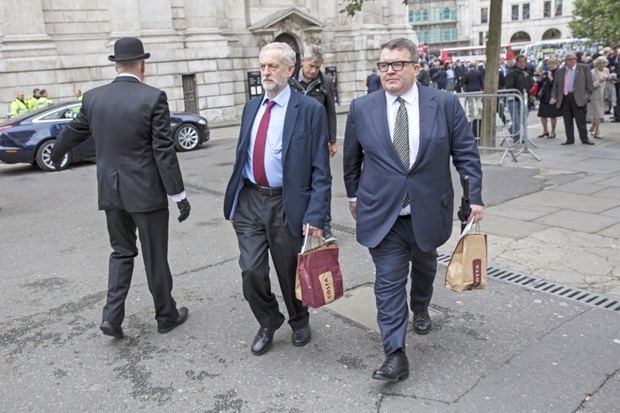 Jeremy Corbyn can now treat privy council membership with disdain: a far greater accolade is coming his way. The Labour leader will shortly be offered honorary membership of the Dull Men’s Club.

The club is a place of safety for men who collect traffic cones, take photos of postboxes and admire lawnmowers — and founder Leland Carlson thinks Corbyn, who photographs drain covers, would fit right in.

“He’s definitely one of us,” said Carlson, speaking after the launch of the club’s book, Dull Men of Great Britain. “Apart from photographing manhole covers, he wears grey suits, practical shoes, and makes long pauses when he speaks.”

Corbyn is also Britain’s best-known vest wearer. Might the club not find him a little overqualified?