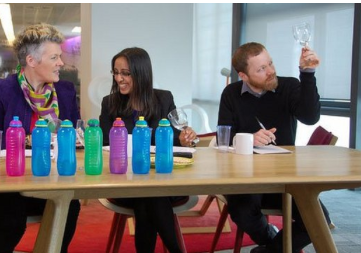 As tap water is the water of choice most often for dull men, we were glued to the tube watching the report on the testing.

BBC now brings this to the U.K. Their coverage of this event is in the news today.

Many things divide north and south in Britain — not only weather and politics — there’s also water.

Fundamentally, tap water across the UK is highly regulated and among the safest in Europe. But that doesn’t necessarily cover taste.

Click here to view the taste testing on BBC.