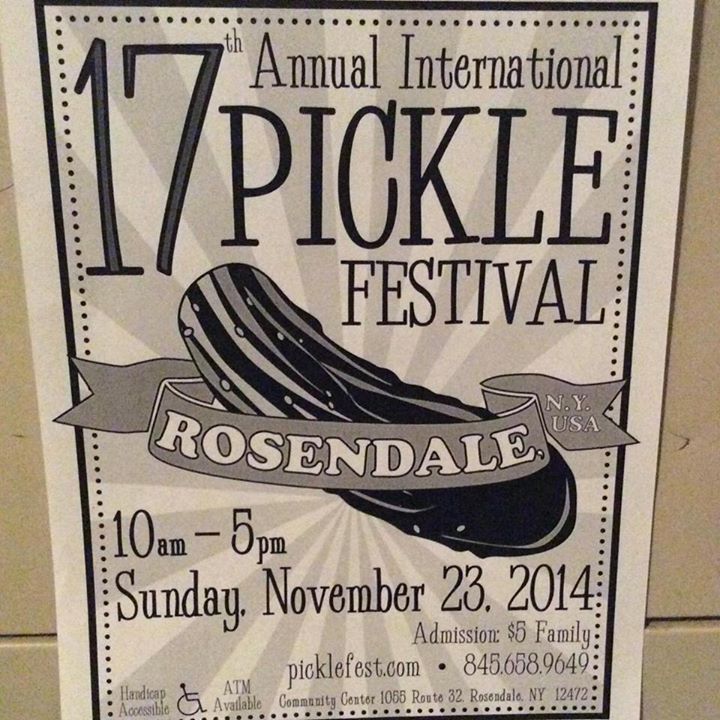 •  It began as a one-off party in 1998 to welcome visitors from Japan by Bill and Cathy Brooks knowing that their visitors liked NY pickles.

•  That first year ended up having several hundred people attending, many more than the Brooks expected.

•  The Brooks say the success is because the event has continued to have a welcoming party atmosphere.

•  Over 100 vendors have booths at the festival.

•  It’s a great place to stock up on pickles. Some people do their holiday shopping there.