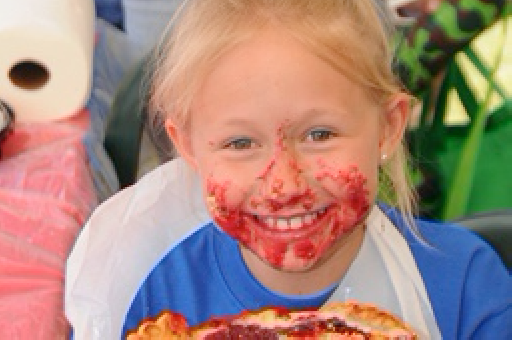 “Grab a Slice of Life” — information from American Pie Council

•  Pies date back to ancient Egypt.

•  The first pie recipe was published by the Romans — rye-crusted goat cheese and honey pie.

•  America has England to thank for pies. It began with English settlers baking pies in their colonies.

•  Pie has become the established American dessert — “as American as apple pie.”

Pies are making a comeback

“I really am into pies right now. I think the craft of making a pie has made a comeback. No matter what your skill level is, you can make a pie. And who doesn’t enjoy a slice of pie? I think it’s definitely going to be coming forward.”