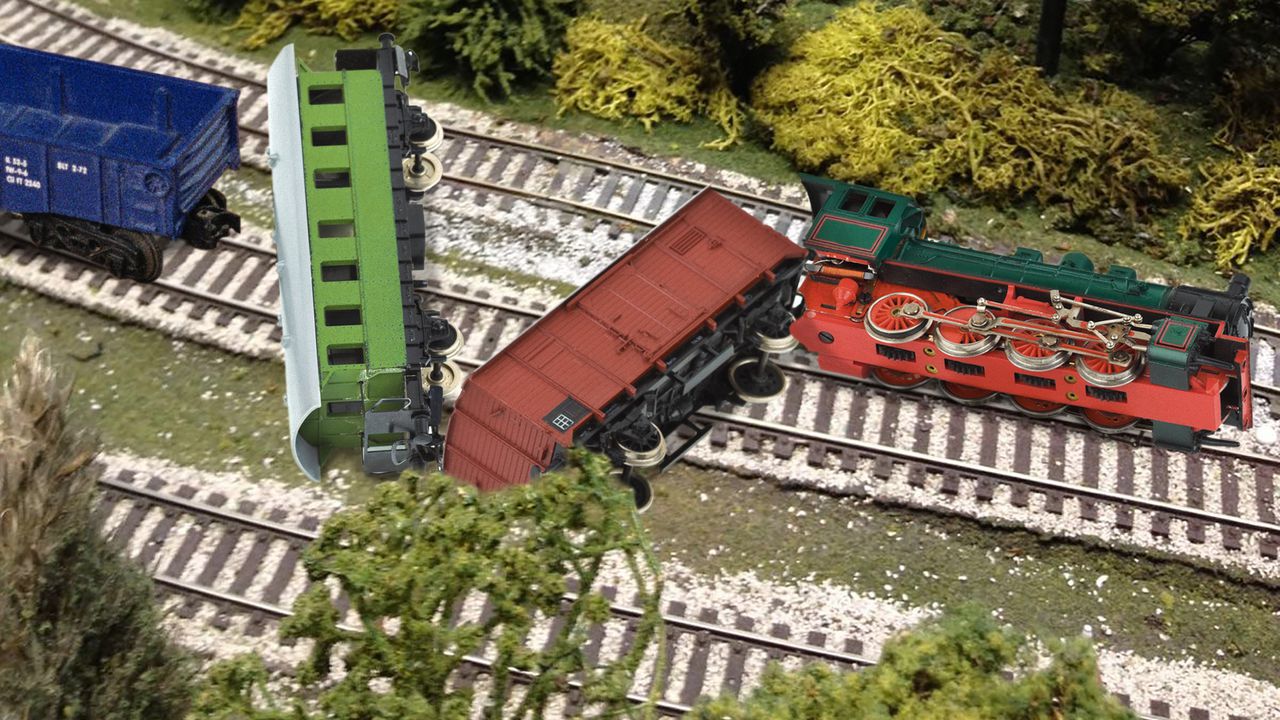 A derailment caused a serious train crash in Bloomington, Indiana. Investigators examining the wreckage say the derailment was due to conductor fatigue. The conductor attempted a sharp turn at too great a speed. He had been working for more than nine hours without a break.

The logs, which were Lincoln Logs, were scattered all over an open field. Fortunately the crash did not occur when the train was in an urban area.

Thanks to Robert Plank informing us about this