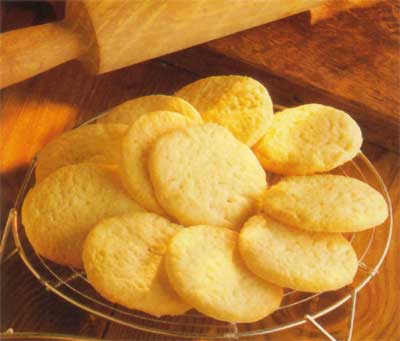 The members of the Biscuit Appreciation Society meet and taste biscuits from all around the world.  The society has become so popular there is a 17-year waiting list to join.

The society encourages individuals to form their own local biscuit appreciation society, host a local biscuit fete, play biscuit games or simply enjoy eating biscuits together.  Another thing they suggest is to start memorizing biscuit recipes.

An Inviting Plate Of Biscuits

Dunking Instructions has very useful instructions on how to dunk. We have studied these instructions carefully. Our dunking experiences have been greatly enhanced. 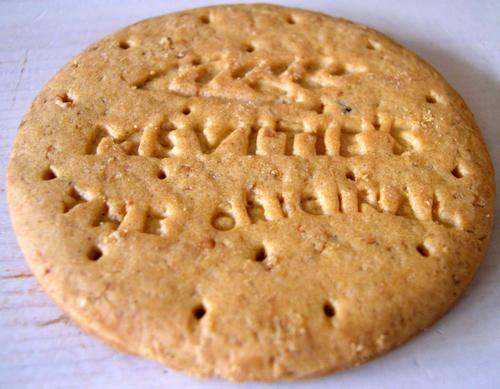 A Biscuit Ready To Be Dunked

First you should test to make certain the biscuit fits in the cup. This test should be done before you add any liquid – in effect, make a dry run. If the biscuit doesn’t fit, then find a bigger cup. After the dry run and before doing it with liquid in the cup, make certain you have placed a saucer under the cup. Then select the liquid, such as tea or coffee with milk, hot chocolate, or just simply hot milk. Lemonade is not recommended.

A Cup Of “Dunking Liquid”

The Physics of Dunking

According to the article Biscuit Dunking Physics on the website Great Moments in Science, tea or coffee was not always used for dunking biscuits. Tea and coffee did not exist in Roman times. Romans dunked their bis coctum in wine.  Even today, according to research done by Dr. Len Fisher, University of Bristol, tea and coffee are probably not the best for dunking.  Milk is better.

In 1998, Dr. Fisher began researching the physics of biscuit dunking. He found that a biscuit consists of dried grains of starch that are glued together with sugar. Liquids cause the grains of starch to swell and soften. Liquids also dissolve the sugar. Eventually the biscuit loses so much of its structural integrity that it collapses under its own weight.

Biscuits get wet because they are porous.  Fascinatingly, they are full of interconnecting hollow channels. When a liquid gets into these channels, capillary action sucks the liquid deeper into the biscuit.

Dr. Fisher used an old equation from 1921, the Washburn Equation (L^2=frac{gamma Dt}{4eta} to predict how long it takes for liquid to rise in a biscuit. He made experiments and found that the best dunking time for various biscuits. The best dunking time for a gingernut biscuit is three seconds; for a digestive biscuit, it’s eight seconds.

In 1999, Dr. Fisher continued his research. This time he delved into which liquid is the best for dunking. This was when, much to his surprise, he found that milk — not tea or coffee — is the best.

As for lemonade, Dr. Fisher’s research confirms that it is the worst drink for dunking. Lemonade causes the biscuit’s flavor to drop by a factor of ten according to Dr. Fisher’s calculations.

It may come as a surprise but there is no official UK tea dunking biscuit dunking day.  Dull men – these people need your help.