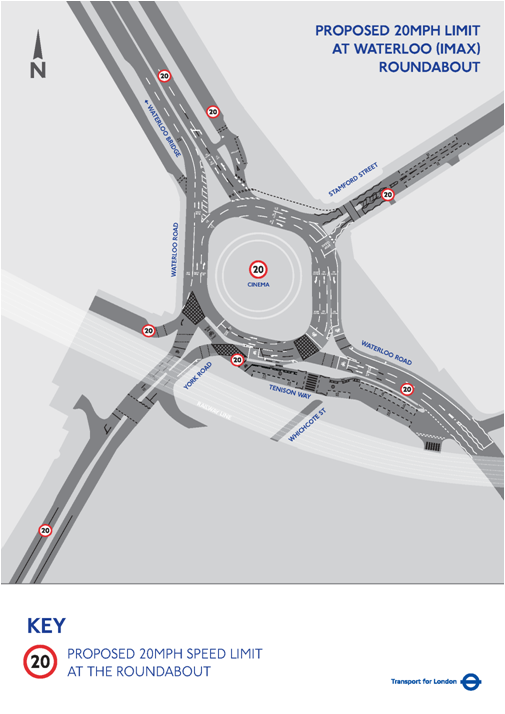 Transport for London announced that it’s beginning implementing a 20 mph speed limit an on experimental basis for the Waterloo Roundabout, the roundabout that circles the IMAX theatre.

The Waterloo Roundabout is a key junction for cyclists traveling between central and south London. Every day over 5,500 cyclists use it. Cyclists make up 25% of the traffic.

Surveys indicate that speeds presently are up to 34 mph.

Transport for London will monitor speeds around the roundabout throughout the experiment for assessing whether the 20 mph speed limit should be made permanent.