News from Iceland: decline in popularity of eating fermented fish 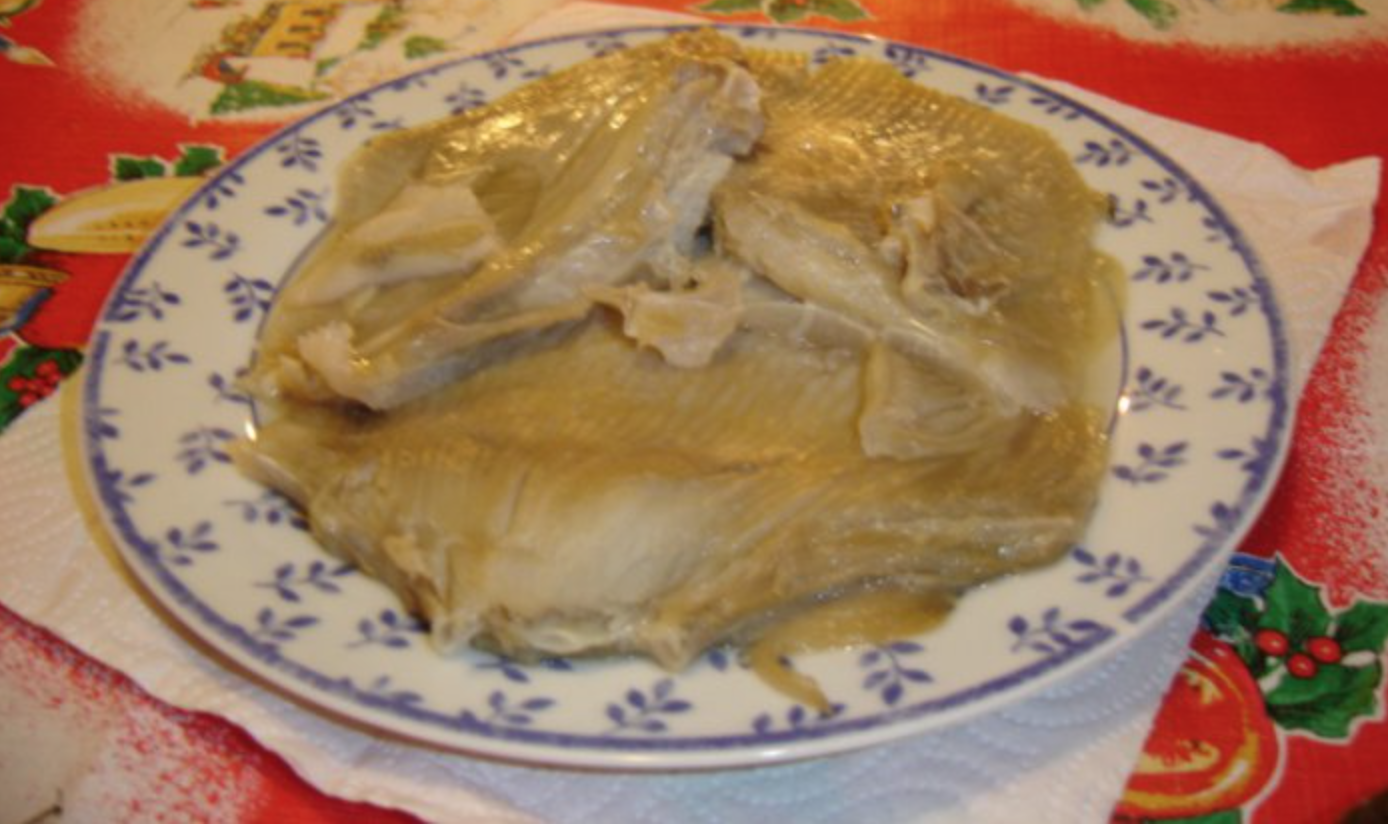 It’s not often we see news from Iceland so when we saw this article about the decline of a long-standing Christmas tradition we were thrilled.

The tradition is eating kaest skata on St Thorlak Thorhallsson Day, December 23. Thorlak is Iceland’s patron saint. Kaest skata is fish that has been fermented and set aside to cure for several months. To liven it up a bit, it’s often served with boiled potatoes.

Once upon a time it was eaten by practically all Icelanders. In a survey taken this year only 35% said they ate it. It was 42% when the survey was taken two years ago. Young Icelanders refuse to even touch it.

Kaest skata has become a dish that separates people similar to lutefisk in Sweden and Norway and Marmite in the UK.