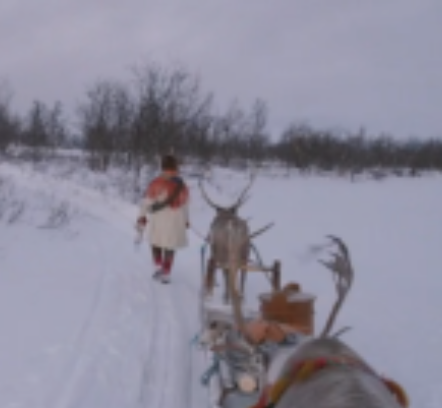 In case you missed “The Sleigh Ride,” BBC Four’s Slow TV Christmas Eve Special, or saw it and would like to watch again, here it is:

It’s a two-hour film of a reindeer led by a Lapp pulling a sleigh along an ancient postal route 200 miles north of the Arctic Circle in Norway.

The only sounds are the sleigh’s runners and reindeer’s hoofs crunching the snow and the Lapp’s occasional commands.

Watching this unhurried journey proceed rhythmically up and down snow-covered hills, through forests, and across a frozen lake is safe excitement indeed.